The Footwork of Knife Defence 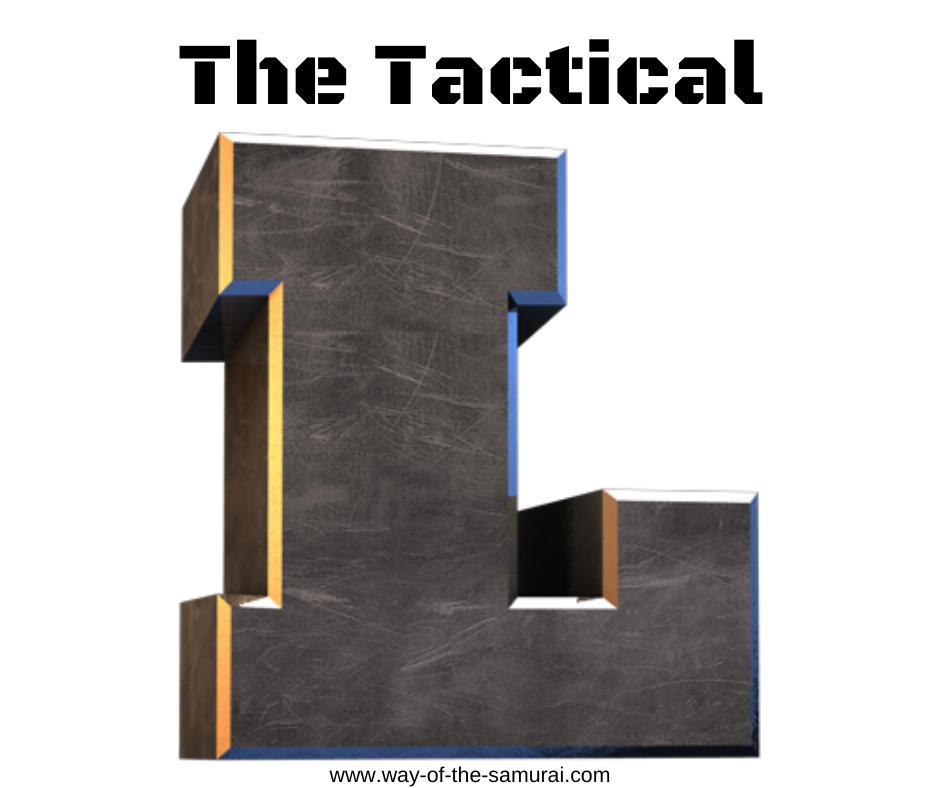 I'm going to introduce you to is the Tactical L. A knife fight is going to last about five seconds. No joke, it's over that quick.

A knife fight ends very, very quickly and the goal for your survival is to keep distance.

Distance is your friend. If you're outside, around where they can stab you and thrust you, it doesn't matter if they have a knife or not. So you need to be away. You need to get distance.

So the first thing I want you to concentrate on if confronted with a knife, is getting distance. Run, straight up, that's your smartest play. But what if they are blocking the exit or their in your way - how do you get distance then?

How we get distance is, we create what is called a Tactical L because, this will stop them for pinning you in a position. And if they do, there's a technique developed by Jim Wagner, one of my teachers that resolves that problem too....but we'll come to that in the next article - The Jim Wagner Knife Disarm.

So what you need to do is, block and side step, then run. It's a L shape. Moving from the centre line to the your left and then out of there. The reason for this is, it's likely the assailant will be right hand dominant; therefore going to the left limits his options. Of course you can easily just go to your right. You could go up either side; it doesn't matter, just get out.

The Importance of Distance

In the military and police forces of the world everyone is familiar with the Dennis Tueller Rule. This basically states that 7 meters / 21 feet is the safe minimum distance for reaction against someone with an edged weapon. A determined suspect or confirmed knife wielder can traverse this distance in 1.5 seconds. Within the armed services this is the minimum range from which they can effectively draw their side arm from its holster and fire two rounds before being stabbed. (There is now specialised training to counter this...but for the rest of us, it's true)

However, as I've said, you likely won't know the attacker has a knife until they are in cutting distance. Even then, you may not realise it. As many victims of knife assault have testified to, they initially think they are being punched. They don't register the knife until they see blood. At the close range necessary for effective harm with a knife the fight will last on average 5 seconds. Jim Wagner calls this the Five Second Window Rule and he drilled it in to me.

It is within these 5 seconds that either serious or fatal injury occurs and thus it is the most critical stage of the fight. If you try to apply some fancy disarm or joint lock, or move in and "enter" him, the odds of you surviving the encounter have drastically diminished. That said, when you have no choice and cannot escape, there are methods that will dramatically improve your overall survival, as taught to me by Jim Wagner.

In the next article I'll cover the lifesaving technique taught to military, police and civilians, and that may save you...but if you don’t want to wait, and you appreciate that this is important information you can get my complete knife attack defence course for just $97 right now.

You've been reading about the Tactical L. Want the same system that teaches you more knife defence work and skills? Buy the course here