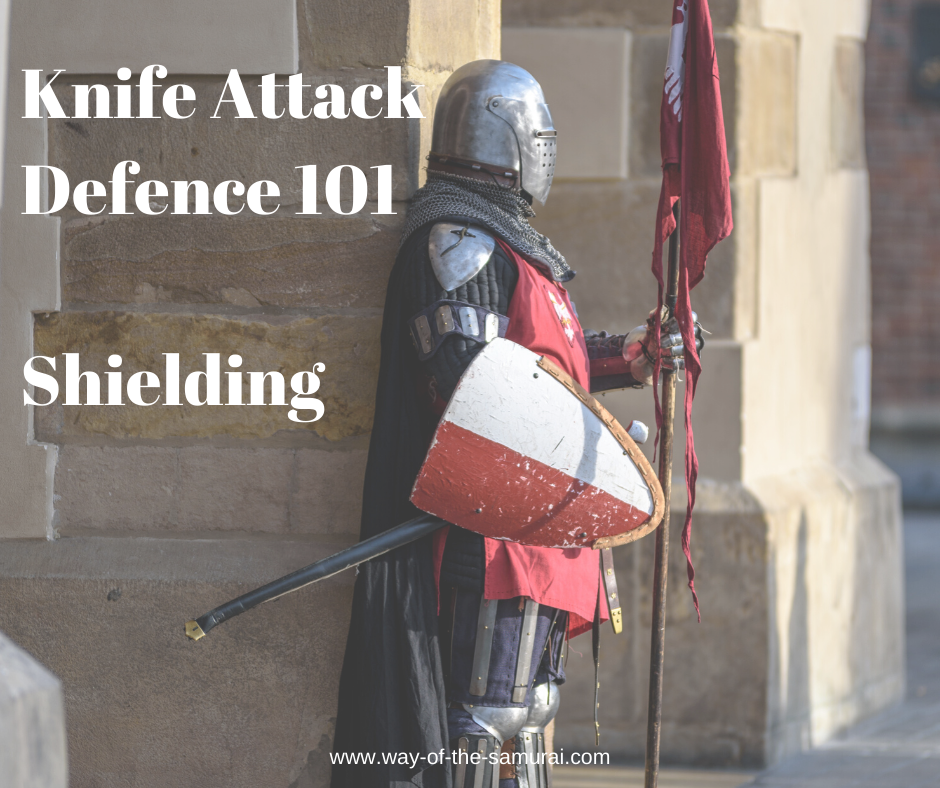 Knife Attack Defence 101 begins with shielding. In the last article, Knife Attack, we explored I explained that it is unlikely that you will be involved in a knife violence. In fact, physical assault is a rare thing overall. So are the chances that you will be a first responder at the scene of an accident, but I still encourage everyone to attend a first aid course and get qualified. As such, I think it is important that you have at least some knowledge in how to apply the strength and fitness this site is dedicated too, in the preservation of life and your personal safety.

On that, let me introduce knife attack defence skill 101 - Shielding. 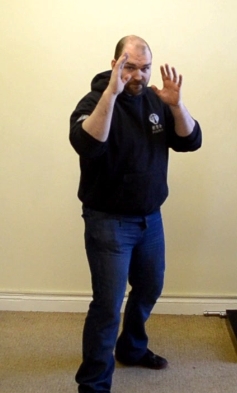 With a natural flinch response, your hands will come up to the centre line. That's good. Part 1 is on auto-pilot. Next you want to back away and get distance; ideally you want to be running away. Far away.

But if that knife comes in, start slapping the arm away, start moving your arms in front of the body, arms extended with a slight bend in the elbow. Your arms will get cut. You can get defensive wounds on the arms stitched up in hospital later. I have dozens of them. They won't kill you. The goal of this first technique is to prevent a stab to the torso or slice to the jugular. That will kill you. Also keep in mind that any penetration of the torso past 3 cm or 1.2 inches thereabouts will induce shock. That could kill you in itself or at least weaken you severely.

In real life, you're going to get cut. That's okay because no one ever dies from defensive wounds. They've died from penetrating stabs.

How to Drill 5 Seconds of Life and Death

We're going to practice being able to do that knife attack defence for about 5 seconds.

Here's how we drill this.

Both students should wear full wrap around safety goggles and sports cups.

The knife used should be a soft rubber knife. Hard knives or blunted metal knives or wooden knives aren't appropriate for this drill as we'll be going full speed, power and contact.

Never Hand Back a Knife

One point before we get started. Never - ever - hand a knife to somebody. If you hand a knife to somebody in training, you're going to do it in the street, because you will do what you do in your training. So if you're in the middle of a conflict and disarm someone you'll hand the knife back to them. You're going to do that in the street, which is just remarkably silly, because that's been hardwired into you in training. And that's not for civilians. That's police, military; they all do the same thing. The minute that they get a gun disarm, that officer hands it back. They hand the gun back to the guy they've just taken it from. It's insane, but they do it because they do it in training.

When you train, drop the knife on the floor and let them pick it up. Don't build bad habits and ingrain bad wiring. 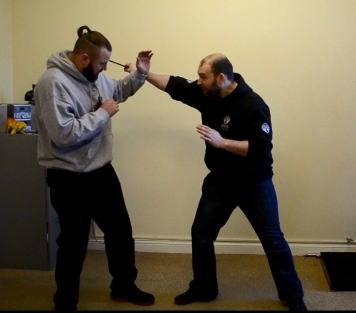 So from this position, we have shielding. The start of all our knife attack defence techniques.

So as the knife comes in, we're just slapping down.

The attacker should continuously pump in and out, slash in multiple directions, torso, face any target is game (wear eye protection). Do not present a single stab and then leave your arm out there. A criminal is not just going to present you with a single motion, right? They're not just going to stab and allow you to do this technique. What's going to happen is that they're going to be walking around you starting, "Hey man, how are you? You looking at my girl? You're looking at my girl man. Looking at my girl, huh?" Distract you and then stab you. Pumping in and out. Stitching you like a sewing machine. This is how criminals will attack generally.

Now there's a very good reason for this because criminals are a smart breed. And when they're in prison and they're afraid of getting "shanked". They won't have access to a knife generally, they'll be using a toothbrush which is melted on one ended to give you a really nice, sharp point.

In the next article I'll introduce to some lifesaving footwork for a knife attack defence...but if you don’t want to wait, and you appreciate that this is important information you can get my complete knife attack defence course for just $97 right now.

You've been reading about shielding our first knife attack defence. Want the same system that trains you to do just that? Check it out here