What is Koryu Bujutsu

Defining a Life Through The Science of War 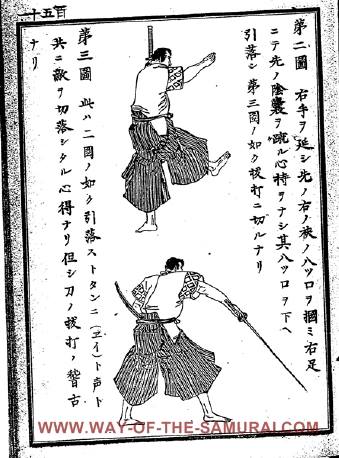 What is Koryu Bujutsu? Koryu is something I speak of a lot when I am discussing Iaido and Kenjutsu; the Arts of Japanese Swordsmanship.

Why train in Iaido and Kenjutsu, why train in the koryu? I get these question a lot when people ask me what I do or about my hobbies and interests. In a way it's a special type of crazy to immerse oneself in the study of ancient, obsolete forms of Japanese Swordsmanship.

Stranger still when you realize that very few Japanese themselves train in the martial arts. Often viewing those that do as old fashioned oddballs. To be a westerner, from a tiny island on other side of the world a doing this...yes, that's definitely weird. And if you have any experience of the koryu bujutsu, the very old martial arts styles of Japan - it's stranger still.

In this series of articles I'll examine these question's, suggest a few others, provide my answers,  and perhaps provide you with a reason.

Be warned though, the koryu, Iai and Kenjutsu are not for the faint of heart. They are very hard to endure training in. It takes a particular type of mindset and strength, one that I believe can be accessed, fostered and developed by anyone. Few however would wish to endure the lessons to build it, and that's perfectly ok.

Iaido and the koryu are not for everyone, in fact it's for very few, the lessons it teaches can be learnt in other, often easier and more enjoyable ways. But for those that train in koryu, they rarely ask, "why". The truth is, for many, if not all, they simply cannot think of a life where they don't train. The why is unimportant.

But it's something I'm always curious about with those that join the dojo, those that leave and those that stay.

Before we can examine the why, we need to clear up a few important concepts...and the first is what is koryu bujutsu?

What is Koryu Bujutsu?

Wait, what the heck is a koryu? The old martial arts are called "Koryū" (古流, meaning old style) and "kobudō" (古武道, meaning ancient martial arts) of Japan. These are the arts used on the field of battle, developed and used by the historical samurai.

Bujutsu comes from the word "bu" (武 meaning  war or martial) and "jutsu" (術:じゅつ), meaning technique. Thus bujutsu can be read as "science of war" or "martial craft". It is nothing less than a complete study of the arts of war and combat.

There are a couple of different idea's in the west as to what a koryu is and I'll present some of those arguments below. A great starting place however is to read the Koryu Primer by Diane Skoss.

The main considerations for koryu bujutsu status are often debated in online forums - which is ironic, as the best answers in the martial arts are found not in the knowing analysis but in the doing. You can't find koryu online, that's for sure.

So what are the criteria...as I say these change from person to person and from argument to argument but these are the most common:

Then some of the more uncommon criteria involve far more subjective assessments such as;

I'll address each of these elements and how they relate to determining what is koryu bujutsu and what is not. I'll then analyse how successful the styles I study are in meeting those criteria, because as with all things, there is some debate on the matter.

Any martial art The Sword Abolishment Edict (廃刀令 / Haitōrei). This edict was issued by the Meiji government of Japan on March 28, 1876, the purpose of which was to ban the people and the samurai, from carrying weapons in public - eg, the two swords that signified their status. There were exception made for former lords (daimyo), military and law enforcement officials etc, but this is considered to be the beginning of the end for the Samurai as a warrior class.

So that brings up to the end of the first part in my series on What is Koryu Bujutsu? In the next article I'll examine what it means to be battle tested and how this applies to the koryu.

You've been reading What is Koryu Bujutsu. Learn more about one type of Koryu, Iaido - here.